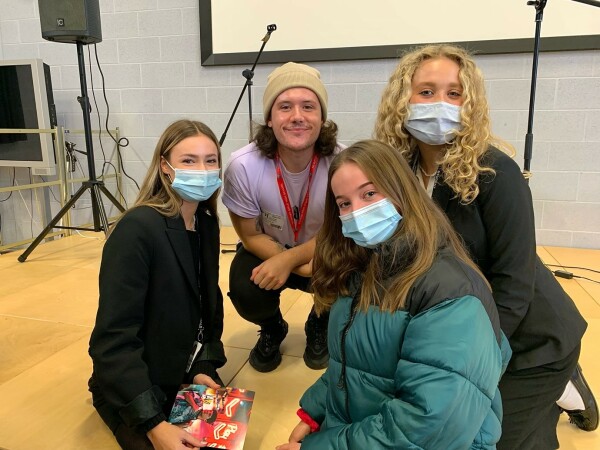 On Wednesday, KoolKid (also known as Ryan Lawrie from the X factor) joined NGHS. Not only did he give an amazing live performance, but also talked about mental health, including topics such as anxiety, body image and the LGBTQIA+ community. In conversation with students, he shared some personal stories of times in which he had been faced with his own struggles. He finished with an open Q&A where the students found out more about how he got into music, how he had written songs for bands such as JLS and the big K-pop band BTS, and that Nicole Scherzinger was the most famous contact in his phone. We  got pictures with him at the end and received personalised signed Flyers! He also reposted us on his Instagram followed by him giving a “massive thank you to NGHS for being so amazing, nice, polite and kind” and that he “can’t wait to come back”. Overall, year 12 had a great afternoon with KoolKid and thank you to Mrs Birch for giving us this exciting opportunity.