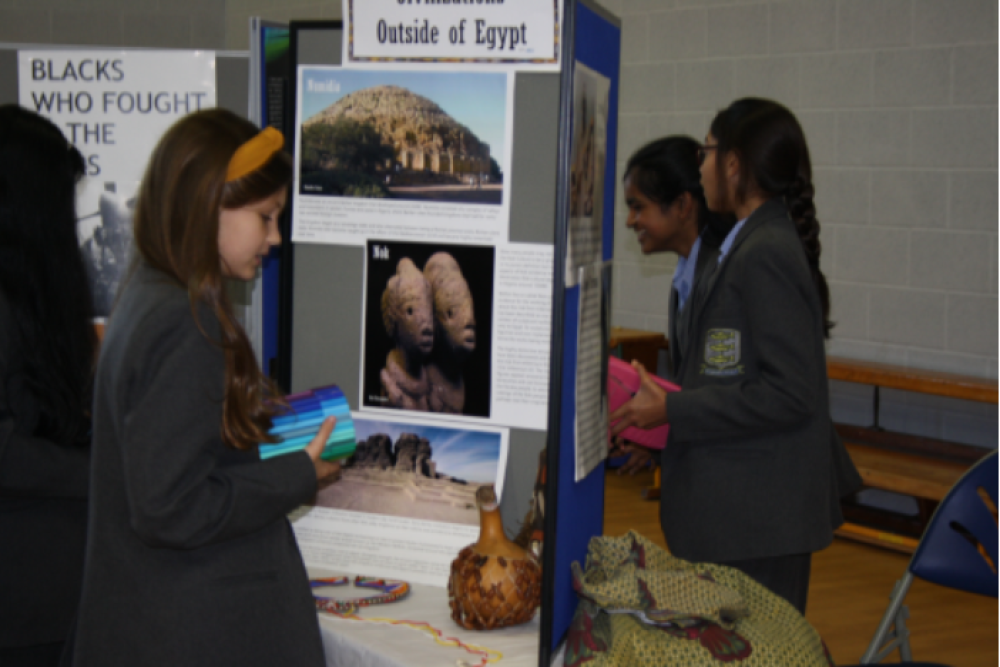 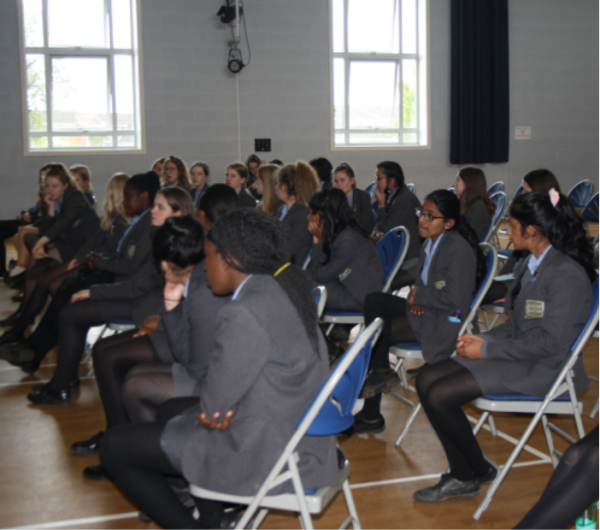 Tuesday’s Black History Month workshops, run by representatives of Telford and Wrekin’s community cohesion team and TAARC, gave all year 7s and 8s an opportunity to learn more about a range of lesser known individuals, places and events in the extremely long and rich history of the continent of Africa.  We reflected on the enormous geographical and cultural diversity of Africa and explored some of the architecture and objects that we can use to learn about history that was often not written, rather passed down orally in the traditional manner.  We also had a brief introduction to a thousand years of African history and we were both surprised and pleased to learn of the important political role played by women in many African kingdoms. 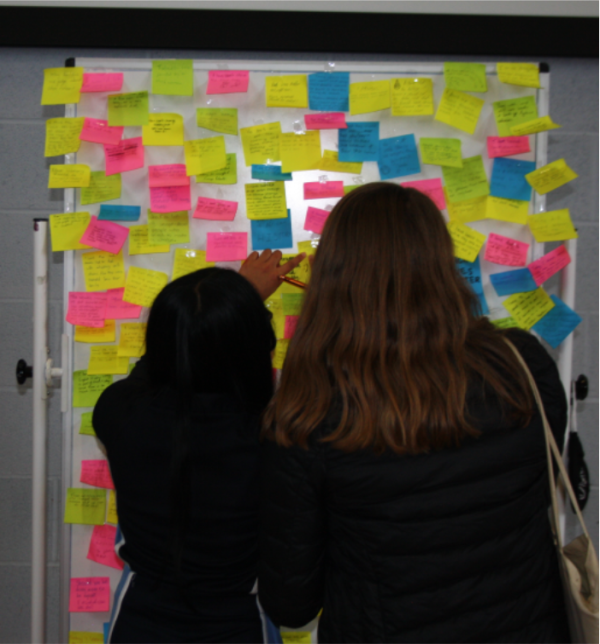 The workshops provided an excellent introduction to topics which will be studied in history lessons later this year, for example medieval Great Zimbabwe, which year 7 will be learning about, and the impact of the British empire on Africa and the West Indies which year 8 will be studying after half term.  The interactive sessions also explored the role of individuals of black origin who have played an important part in British history, for example Mary Seacole, our NGHS house namesake, whose excellent work in the Crimea was little recognised elsewhere prior to this year.

I think that the Black History Month presentation taught me a lot that I didn’t know about this important topic. It was interesting to hear about the lives of those who were under-privileged and who had their rights taken away because of the colour of their skin. I also found it fascinating learning about different African artefacts and their origins. Overall, I think that it was a very relevant and informative workshop and I very much enjoyed it. (Holly, Year 8)