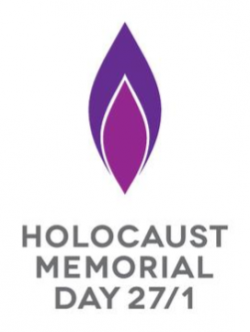 This week we have been remembering the victims of genocide throughout the world with special assemblies and a display at Monday’s Holocaust Memorial Day commemorations in Telford. January 27 marks the anniversary of the liberation of Auschwitz-Birkenau 75 years ago this year and it is the Nazi regime which we most associate with genocide. Their industrialised murder of millions of Jewish men, women and children and their systematic persecution of hundreds of thousands of minority groups must never be forgotten. But this year also marks the 25th anniversary of the Rwandan genocide, when, during a hundred days in 1994, a million people were killed, mostly by hand, mostly by their neighbours. It was shocking and sobering to hear accounts of both of these from Dr Eve Clevenger, a descendent of a holocaust survivor, and Rehma Muguyeneza from the Ishami Foundation for Rwandan genocide survivors.

Holocaust Memorial Day reminds us that genocide has happened many times in many places. The persecution of the Rohingya Muslim minority in Myanmar is ongoing. The theme for this year is ‘stand together’ and we have a collective responsibility to do just that, not simply to bear witness to the horrors of the past, but to try to make sure they don’t happen again. Genocide doesn’t start with killing, it begins quietly with discrimination and polarisation. As we stood in silence at the Telford event that was the most sobering thought of all.